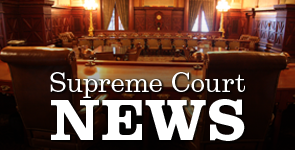 The Pennsylvania Supreme Court is the oldest appellate court in the nation, pre-dating the United States Supreme Court by 67 years. The early Court consisted of a Chief Justice and two associate justices. Throughout the centuries it has evolved to its current number of seven sitting justices who make the final decisions interpreting Pennsylvania’s laws and Constitution.

The Court has full administrative authority over all aspects of Pennsylvania’s judicial system and may also hear cases involving issues of immediate public importance arising in any court in the Commonwealth.

In the coming months the Court will announce a series of events aimed at highlighting its unique role and how its decisions affect every Pennsylvanian.

Information about the history of the Court, committee members and upcoming events is available here and will be shared via Facebook @PennsylvaniaCourts and Twitter @PA Courts.