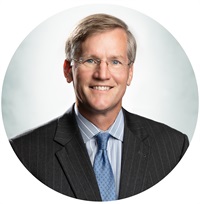 Mr. Moulton has devoted the bulk of his career to public service. Following his graduation from Columbia Law School in 1984, where he was managing editor of the Columbia Law Review, he served as a law clerk on both the United States Court of Appeals for the Second Circuit and the United States Supreme Court. After his clerkships, he spent a total of eight years as a federal prosecutor in Philadelphia, including four years as First Assistant United States Attorney.

In addition, Mr. Moulton has been chief counsel to a United States Senator, chief of staff at the office of the Special Inspector General for the Troubled Asset Relief Program, and first deputy general counsel to Governor Wolf. He also represented media clients in private practice and taught for many years at Widener University Delaware Law School on a wide range of subjects, including Evidence, Criminal Law, Criminal Procedure, and Professional Responsibility.

Finally, in the course of his pre-judicial career, Mr. Moulton directed two major independent investigations, one of the ATF raid on the Branch Davidian Compound in Waco, Texas for the U.S. Department of the Treasury, and the other of the investigation of Jerry Sandusky for the Pennsylvania Office of Attorney General.

Mr. Moulton’s wife Lisa is a special education teacher in the Jenkintown School District. They have two grown daughters.